Arlington County is a county in the Commonwealth of Virginia. It is coterminous with the U.S. Census Bureau-census-designated place of Arlington, which is the second-largest principal city of the Washington metropolitan area.[1] As a result, the county is often referred to in the region simply as "Arlington" or "Arlington, Virginia". In 2014, the county's population was estimated to be 229,302,[2] which would make it the fourth-largest city in the Commonwealth if it were incorporated as such.

The land that became Arlington was originally donated by Virginia to the United States government to form part of the new federal capital district of Columbia. On February 27, 1801, a year after moving from the temporary National Capital at Philadelphia to the City of Washington, the United States Congress organized the area as a subdivision of the District named Alexandria County. In 1846, Congress returned the land southwest of the Potomac River donated by Virginia due to issues involving Congressional representation and the abolition of slavery. The General Assembly of Virginia changed the county's name to Arlington in 1920 to avoid confusion with the adjacent City of Alexandria.

The county is situated in Northern Virginia on the south bank of the Potomac River directly across from Washington, D.C. Arlington is also bordered by Fairfax County and Falls Church to the northwest, west and southwest, and the City of Alexandria to the southeast. With a land area of 26 square miles (67 km2), Arlington is the geographically smallest self-governing county in the United States, and due to state law regarding population density, has no other incorporated towns within its borders.

Due to the county's proximity to downtown Washington, D.C., Arlington is headquarters to many departments and agencies of the federal government of the United States, including the Department of Defense (DoD) at the Pentagon, Drug Enforcement Administration, Transportation Security Administration (TSA), and Defense Advanced Research Projects Agency (DARPA). It is also home to Ronald Reagan Washington National Airport. The many federal agencies, government contractors, and service industries contribute to Arlington's stable economy. It is the highest-income county in the United States by median family income,[3] though it has the highest concentration of singles in the region.[4] Arlington is also the location of national memorials and museums, including Arlington National Cemetery, the Pentagon Memorial, the Marine Corps War Memorial, and the United States Air Force Memorial. 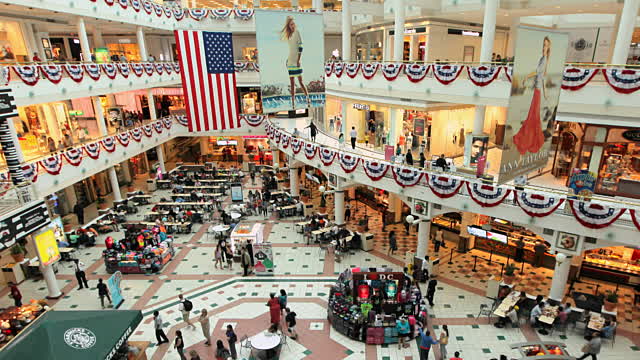 In 1896, an electric trolley line was built from Washington through Ballston, which led to growth in the county (see Northern Virginia trolleys).